A history of helping others

Margaret’s involvement in United Way dates back to the 80’s and it continues to be part of her life. 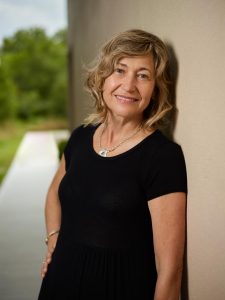 “I began my career in 1988 in London, Ontario as a Business Banking trainee with TD Bank.  TD was involved in a program with United Way called the “Loaned Rep” program and I was “loaned” to United Way for the duration of their annual campaign.”  I had no clue about the organization but off I went.  Wow, what an eye-opener that was.  I had no idea all the agencies that United Way supported even existed and that there was that kind of need in the community.  Honestly, it was the best experience.  Ever since then, it has been really important for me to donate to United Way as well as being involved with United Way or an agency it supports.

In fact, when I first moved to my current city, I reached out to United Way to see what I could do to help. They were kicking off a campaign and I was able to assist in making some calls on the leadership giving side. But when that was done, I approached the CEO at the time and said, ‘I just moved to this community, I really want to become more involved. Can you recommend an agency that United Way supports that could use my skillset?’ She told me about an organization for grieving children that didn’t even have a full-time or part-time executive director; I think they had one paid staff member. I was on the board for four years and saw the budget go from $200,000 to what it is now—almost one million dollars. It was an extremely rewarding experience.

I think United Way’s meaning is twofold. As a resident of this community, I believe it acts as a safety net. It’s always there for you. It supports everything from food banks to sexual assault shelters to assistance with mental health, you name it. When you go through the list of agencies supported in our region it’s truly incredible.

But on the other side, having been on the board of directors of one of those agencies, wow, it was an important safety net for us, too. Honestly, there were times where we thought, ‘Well, at least we’re starting off this year and we know we have the United Way’s help.’”

Canada’s Housing Crisis: What we’re doing about it

Homelessness was declared a national disaster in 1998 by the Toronto Disaster Relief Committee. Community agencies, faith groups, labour unions, and government entities endorsed the statement. Building on this momentum, National Housing Day has been re … 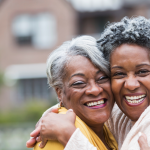 What ending racism would mean for our communities

The International Day for the Elimination of Racial Discrimination is held annually on the 21st of March. It commemorates the day in 1960, when the police in Sharpeville, South Africa, opened fire on a peaceful protest against apartheid pass laws, kill …