United Ways and Centraides across Canada have also been celebrating Black excellence in their communities this Black History Month. Here are a few of those stories:

The community of East Preston is a tight-knit Black Nova Scotian community in Halifax Regional Municipality. While more rural than other parts of the municipality, the community is not far from Cole Harbour and has its own school, community centre, daycare and other services. These places are all within walking distance of each other – except, the number 7 highway runs through the centre of East Preston. With a 70 km/hr speed limit, no crosswalks, narrow shoulders and limited bus service, the community has been fighting for safe active transportation options for decades.

In the spring of 2017, United Way Halifax partnered with the East Preston Daycare Centre/Family Resource Centre, the Ecology Action Centre, HRM Rec and Nova Scotia Health Authority to form a group to address this issue.

Black History is about the future, not just the past – United Way Greater Toronto

Black History Month is a time to reflect on the struggles and strengths of the Black community. And while it is important for everyone to learn about past injustices such as slavery, there is also a desire to learn about current-day Black changemakers, to talk about how far the Black community has come and to look to the future. United Way Greater Toronto invited four Black community leaders in Toronto and the GTA to talk about Black History Month and share what they want to say to Black youth this February.

While civic politics may be her most notable work, her dedication to community building, advocacy, and volunteerism solidified her legacy. Virnetta served and led countless organizations, including time on the United Way Board of Directors from 1974-1978 and the United Way Speakers Bureau.

Every year Canada celebrates Black History Month. This is an opportunity to highlight the achievements of Canadians from the Black community. Their contributions are numerous, but some are still unknown. Centraide Greater Montreal broke down what these 28 days of celebration are all about. 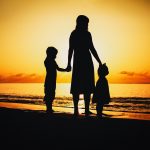 Listening and learning this National Day for Truth and Reconciliation

September 30, 2021, marked the first National Day for Truth and Reconciliation. But the day held significance for the Indigenous community and their allies long before this. Orange Shirt Day was born from the St. Joseph’s Mission Residential School (18 …

This Giving Tuesday I, like many of you, am thinking of the needs of my community as we remain under the weight of COVID-19. The pandemic has been a long, acute global crisis playing out at a local scale in all regions of Canada and around the world, w …