Approximately 235,000 Canadians experience homelessness each year, and there are even more who are underhoused. Housing advocates say these figures may increase, due to economic instability during the coronavirus pandemic. Our fifth story in partnership with United Way Centraide Canada examines how a movement to close the housing gap influenced the federal government’s first national housing strategy.

Hundreds of thousands of Canadians — an estimated 235,000 — find themselves experiencing homelessness each year. These Canadians are some of the most vulnerable, without any real way to practice social distancing, to avoid getting COVID-19, adding to the many reasons homelessness is a national emergency.

Not only is the pandemic placing a spotlight on homelessness in Canada — it could end up exacerbating it, too. Michèle Biss, a human rights lawyer and project manager with the National Right to Housing Network, says the economic pressure brought on by the coronavirus will lead to increased housing insecurity. “I am hearing from individuals across the country. There is so much fear around what’s going to happen as eviction bans are lifted for those people who haven’t been able to pay rent. It will absolutely exacerbate homelessness in Canada.”

Anita Khanna, the national director of public policy and government relations at United Way Centraide Canada (UWCC) agrees that the virus has highlighted the critical need for safe and affordable housing. “COVID-19 has laid bare the cracks in our social safety net, including the health and safety challenges for homeless individuals and families in shelters, making the case to end homelessness and uphold the right to housing in Canada clear to people across the country,”  Khanna says.

In Halifax, where the residential vacancy rate is one percent — this is the percentage of all available units in rental properties throughout the city — it’s become increasingly challenging to secure housing in recent years, and the pandemic has made the need to protect the health of those experiencing homelessness even more urgent, says Sarah White, a spokesperson with United Way Halifax.

United Way Halifax has been doing this work for some time, funding local agencies such as Bryony House, Freedom Foundation, and Welcome Housing. Each of these organizations supports marginalized people in a variety of ways, from helping them negotiate with landlords to prevent an eviction, to assisting with applications for various benefit programs that can help subsidize their housing costs.

By working with marginalized groups, such as immigrants, those with disabilities, addictions, and mental health challenges, United Way Halifax has gained insights into their needs, including more affordable access to social housing and single room occupancy housing for those living on social assistance or disability.

“The private sector has proven unwilling to build deeply affordable housing, and the non-profit housing sector is under-resourced,” White says, adding that this gap should be filled by policy makers, increasing affordable housing options and addressing income insecurity and inequality.

White says the housing affordability crisis means the “most vulnerable, low-income residents are forced to rely on food banks and do without essentials like menstrual products and hygiene products so that they can afford to pay their rent” – trade-offs that have become all the more dangerous and damaging during COVID-19.

While the pandemic brings the issue into focus, the housing advocacy movement in Canada started long before. Indigenous and low-income people have lobbied for the right to housing in Canada for over 30 years. With the election of a majority Liberal government in 2015, advocates across the country began to strategize differently. Considering the Liberal party’s campaign platform included a commitment to develop a national housing strategy, advocates seized the opportunity to create systemic change and influence the development of that strategy for the homeless and under-housed.

Bill Morris, the former national director of policy at UWCC explains: “We knew the federal government would be hard pressed to develop a comprehensive national housing strategy, so a group of people got together to discuss how civil society and the non-profit sector could contribute to this.”

To influence the government’s strategy, the United Way Greater Toronto and United Way Centraide Canada co-chaired a National Housing Collaborative, holding consultations in 10 cities across Canada. This brought together non-profits, real estate developers, those with housing challenges, and other stakeholders to develop a blueprint for what the national housing strategy could look like.

The collaborative recommended a portable housing benefit for tenants, to help offset the costs of housing, which was successfully included in the federal government’s 2017 national housing strategy as a $4 billion program funded over eight years by both the federal and provincial governments, and providing up to $2,500 a year to those who qualify. It will support those in  ‘core housing need,’ such as those who live in inadequate or overcrowded housing or who spend more than 30 percent of income on housing, and those in ‘deep core housing need’ — households who spend more than 50 percent of their income on housing.

“[The housing benefit] is all about putting money in the pockets of those who are the most vulnerable so they’re able to afford their housing,” Morris explains, adding that people shouldn’t have to choose between providing housing or food for their families.

The benefit, which was intended to start in Ontario on April 1 and roll out to other provinces and territories at later dates, has been delayed due to the COVID-19 pandemic, and housing advocates say the government has not stated when it will come into effect.

In addition to addressing the affordability of housing, the government committed to appointing a federal housing advocate and council to investigate cases of discrimination. This appointment would support marginalized groups such as First Nations, Metis, and Inuit people who face systemic barriers to housing that may conflict with Canada’s human rights obligations, and recommend remedies and policy changes to strengthen their rights.

“Homelessness is a policy choice that multiple governments made,” says Biss, who is equally vocal about the power of policy to solve problems with housing. She says with the right mechanisms, the government has an opportunity to “genuinely end homelessness in Canada.”

While the National Housing Collaborative is no longer active, having served its purpose in advising the government’s national strategy, housing advocates formed the Canadian Housing Policy Roundtable, an independent group of housing experts and thinkers, in order to share research on housing and continue advising on housing affordability and accessibility issues nationally. UWCC currently plays a leadership role in the National Right to Housing Network to support greater understanding, recognition and movement on the right to housing in Canada among governments and everyday people.

And this work will be necessary for a pandemic recovery that includes meaningfully addressing homelessness in Canada — rather than returning to a ‘normal’ in which hundreds of thousands of Canadians experience each year.

By Jacky Habib
View original article on Future of Good. 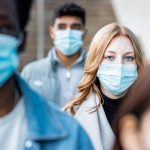 The pandemic has affected all of us, but not all equally. As we support each other this Mental Health Week, United Way Centraide is placing a particular focus on workers in community agencies, who play a vital role in serving the most vulnerable across …

READ MORE
A journey to wellness

When I found United Way, I was suffering from depression and anxiety. Every night, I was going to bed praying that I would not wake up the next day. But even when my depression was at its worst, I knew there must be a different life. I am originally fr …