With limited resources and stringent competition for funds, social sector organizations are increasingly expected to do more with less, particularly during the current pandemic and economic crisis. In Calgary, The Social Impact Lab is encouraging collaboration over competition by bringing together non-profits and businesses. This is our sixth story in partnership with United Way Centraide Canada.

“I began looking at food systems differently,” Langill says. Together with Neufeld, Langill began brainstorming solutions to food insecurity in Calgary, which is what eventually led them to come up with SolFood.SolFood’s business-based solution to a social problem is one of many projects supported by The Social Impact Lab, which was established in 2017 under Beth Gignac’s leadership when she joined United Way of Calgary and Area as the COO. The Lab, a collaboration between United Way and design firm J5, fosters an environment for actors in the social sector to create new social enterprises.While United Way had been working on causes like financial empowerment and boosting high school completion rates, there was no formalized methodology or dedicated team within the organization to design these solutions. The Social Impact Lab became the space to work on those causes, and shifted how United Way invests in the community. While the organization will continue to disburse its funds through grants to local agencies, the Social Impact Lab has pivoted United Way’s community investment model to include investment categories focused on collaboratives, initiatives, and innovation. Grant funding is primarily programming-based, while innovation funding is more flexible and can include solutions like apps, for instance.Gignac says organizations have to focus on programming to serve people in need, and many don’t have resources to rethink or innovate on their approach. She says such programs are critical to communities and will continue to be funded, but that United Way is increasingly drawn to fund innovative processes that focus on whether organizations are moving the needle, with others, to achieve success on more systemic problems, like whether they are making progress toward food justice. Sometimes, Gignac explains, these achievements can’t be measured in ways organizations might be accustomed to, as they involve strategy, creative work, collaboration, and solutions, which have been the focus of the Lab. 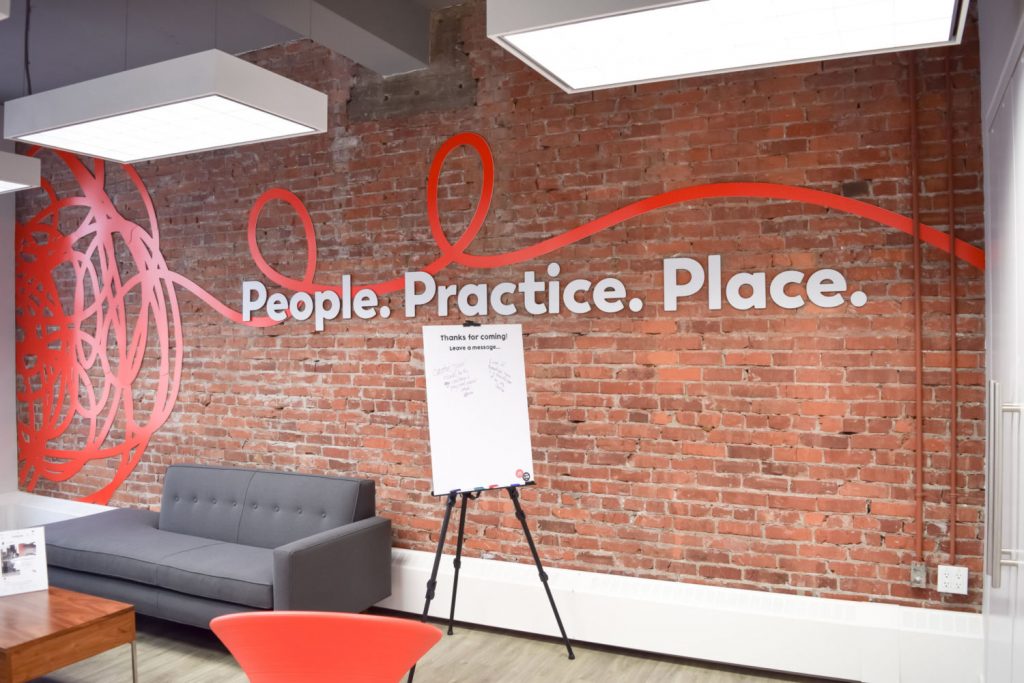 In an effort to encourage collaboration over competition, the Lab brings together both non-profits and businesses working on similar issues to develop new solutions together. “I think it’s in our name — United Way… Bringing people together and joining resources is the future. We are all working in a tight resourced world and competition isn’t improving resources.”

During the pandemic, some social impact organizations are collaborating to meet demands under financial and resource strains. There is precedence for this, as the 2008 recession resulted in some non-profits merging to survive.

Many Canadian charities are also experiencing reduced revenues, while demands for their services soar, prompting calls for additional funding from the government. Imagine Canada, an organization which represents 170,000 social good organizations, states that “much more government stimulus is needed to ensure charities and non-profits survive the pandemic,” estimating that fundraising and charitable donation revenues alone will decline by a range of $4.2 – $6.2 billion in 2020. James Gamage, director of innovation at the Lab, explains that while competition for resources has only become more pronounced during the pandemic, the social sector was already strained, due to prior economic downturns. “Even pre-COVID, in this city, we were going through relatively tough economic times,” he says. “In times of necessity you need to think differently to make existing resources stretch.”

One of the ways The Social Impact Lab convenes organizations is through a 12-week program called Inspire, which uses design-thinking principles to help social innovators build new social impact solutions. The Lab, which offers the Inspire program quarterly, has also offered it to other members of the United Way Centraide network. “The whole process of iterative design has been valuable to them in thinking about problems they face in the organization on a day-to-day basis,” Gamage says. He says this approach challenges the traditional way of thinking about problems, by focusing on the “user” (or as some non-profits would say, the beneficiary or client) at the centre of the solution design, and reiterating based on their feedback, instead of using a top-down approach to determine solutions.

Gamage says many of the solutions formed during education programs and disrupt-a-thons have the potential to be stand-alone social enterprises, adding that the Lab may incubate businesses in the future. In the meantime, The Social Impact Lab is looking at scaling. Gamage is in discussions with several other United Ways about rolling out some of the Lab’s programming to different cities in Canada.

He says scaling the Lab’s approach to problem solving will provide “the opportunity for the social sector to think differently about the challenges they face” — which during the ongoing pandemic, could help catalyze a more resilient sector and recovery response.

By Dan Clement, President & CEO Recently, I wrote a blog post on how racism is an #UNIGNORABLE issue for Canadians. In the months that followed, we began examining the state of diversity, equity, and inclusion (DEI) at United Way Centraide Canada a …

United Way Centraide Canada, in partnership with its network of local members, is one of three intermediaries administering Round 2 of the Emergency Community Support Fund (ECSF). This is the final installment of the $350M investment by the Government …

On National Indigenous Peoples Day, United Way Centraides in communities across the country honour the heritage, cultures, leadership and contributions of First Nations, Inuit and Métis peoples. While this is a day for celebration, it occurs against th …