Celebrating the origins of Labour Day

The first Monday in September has been an official holiday in Canada since 1894, and in the United States since 1892. But the origin of Labour Day came 20 years before that, when unions started holding parades and rallies in Toronto and Ottawa to celebrate the successful 1872 Toronto printers’ strike – the original “fight for fairness” that won major changes including the decriminalization of unions in Canada.

Today, Labour Day marks the unofficial end to summer and the start of a new school year for children in Canada and the United States. It is a day of rest and, for unions and labour activists, a day to celebrate the accomplishments of the labour movement and the benefits of having a union at work.

But, as is the case with most holidays, the origins of Labour Day come from the struggles of working people and the demand for fairness. In this case, it was the movement to establish a nine-hour work day (the standard was a 12-hour work day and a six-day work week) and a strike by printers in Toronto in the spring of 1872 to get it.

It’s the same old story: the callous and violent response of the printers’ employers – police were called in, union leaders were jailed, livelihoods were destroyed, reputations ruined – turned public opinion against the status-quo. Sensing a political opportunity to win support among Canada’s growing industrial working class (just months ahead of a federal election), Prime Minister John A. Macdonald passed the Trade Union Act, which legalized and protected union activity in Canada.

The strike ended shortly afterward. While it didn’t achieve its goal of a 9-hour work day, its legacy was long-lasting. Unions – now legal – began to demand fair wages, working hours and safer workplaces. The political class recognized that working people, as voters, were interested in issues that impacted their lives. The parades held in support of the Nine Hour Movement and the printers’ strike became annual events Toronto and Ottawa.

In 1882, an American labour leader witnessed the annual May “labour day” festivities in Toronto which inspired him to organize the first American “Labor Day” on September 5 that same year. The popularity of the event spread across the country. By the time President Grover Cleveland declared the first Monday of September as an official federal holiday in 1894, 30 states were already celebrating Labor Day.

In Canada, pressure had been mounting to declare a national labour holiday. On July 23, 1894 the government of Prime Minister John Thompson passed a law making Labour Day official. A huge parade took place in Winnipeg that year and the tradition of a Labour Day celebration quickly spread across Canada.

Today, hundreds of communities across Canada and the United States hold picnics, parades, concerts and marches to mark the day. Unions also keep the tradition of using Labour Day to advance workers’ rights and advocate for changes to improve the lives of working people and their families. Click here to see what events are taking place in your community and have a very Happy Labour Day!

United Way Centraide Canada (UWCC), through its local United Way Centraide members, is one of three organizations administering the Emergency Community Support Fund (ECSF), a $350M investment by the Government of Canada to support charities and non-pro …

On National Indigenous Peoples Day, United Way Centraides in communities across the country honour the heritage, cultures, leadership and contributions of First Nations, Inuit and Métis peoples. While this is a day for celebration, it occurs against th … 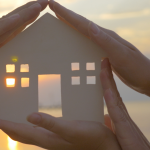 United Way Centraide Canada (UWCC) commends the federal government’s historic commitment to human rights leadership and accountability and supports the legislation of the right to housing. On June 5, 2019, critical amendments passed to strengthen the h …